a speech on asylum seekers and #lovemakesaway

The following is a short speech I was invited to give at a rally for asylum seekers on June 21, 2014. I was asked to represent #LoveMakesAWay, whose recent acts of civil disobedience have received national attention in Australia.

The audience was made up of people from all different backgrounds—socialists and seniors, Christians and cops, mums and militants. The rally was held in Cronulla outside the office of Scott Morrison, the Federal Minister for Immigration and Border Protection.

I begin today by acknowledging the traditional owners of the land, the Dharawal people. I pay my respects to their elders past and present. Almost all of us here today are strangers on this land—foreigners, migrants—and we must never forget this as we seek to respond to the issue of asylum seekers.

Three months ago today, eight friends and I entered the office of Scott Morrison to stage a sit-in prayer vigil. It was an act of civil disobedience, and five were arrested for trespassing. This action would unwittingly lead to the movement called Love Makes A Way. Since that first action here in Cronulla we have staged three additional sit-ins in the offices of Julie Bishop, Tony Abbott and Bill Shorten, plus some additional public actions. These actions have included the arrests of high-ranking church leaders from a range of denominations.

Why would Christians, including church leaders, risk arrest? END_OF_DOCUMENT_TOKEN_TO_BE_REPLACED

are human rights only for those born “here”? 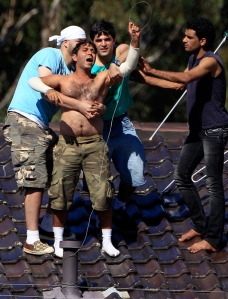 The asylum seeker incidents currently occurring around the country have no doubt caused a great deal of angst for many Australians. This has been made clear to me in a number of personal exchanges over the last couple of days.

“They should be more grateful!” some have said, while others have stated, on an apparent whim, that we should deport many detained asylum seekers for their “criminal activity”. This is, sadly, the apparent position of the political spokespeople for immigration in both major political Parties (see Chris Bowen’s comments and Scott Morrison’s comments).

the great wall of australia

It looks as though Australia’s newest Prime Minister, Julia Gillard, is moving to the Right on the issue of Asylum Seekers. 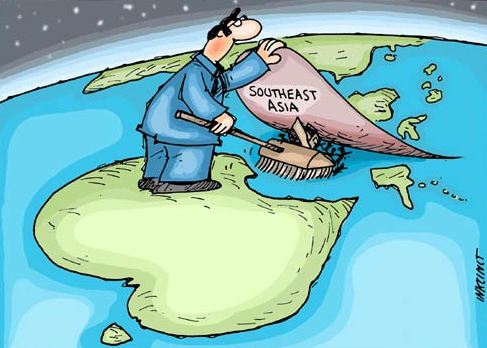 Nothing is certain at this point, but Ms. Gillard has given a deadline of July 8 for Labor to announce their new asylum seeker policy. In the meantime Gillard has encouraged Australians to express their opinions and vent their fears to open up frank national debate about the issue;