← what is “justice”? a christian(‘s) perspective
for you will always have the poor with you… →

what is an “empire”? 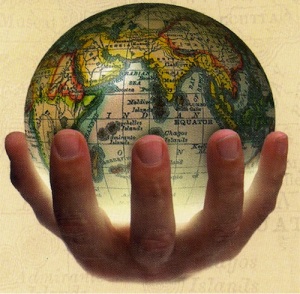 Since the inception of this blog there has been a lot of talk about “empire.”

Now, discourse about “empire” is anything but unique to this blog, for it has been a common theme in theological discussion for a long time now.

I am aware that this language about empire is not familiar to everybody. Indeed a number of people have recently asked me the question, “what is (an) empire?”

The term empire is often used by people, especially those with a heightened social conscience, to simply denounce systems and institutions that they find dissatisfactory. Such a use of the term is rather haphazard and imprecise, leaving it vulnerable to baseless usage. Equally common is for people to define empire according to its characteristics (violence, economic exploitation, propaganda), but such characteristics generally tend to represent more a description than a definition, and are helpful but not sufficient.

There must be a standard by which to define an “empire.” How is it different to simple hegemony? What made the Roman Empire an empire? Are Disney, or Microsoft, or Goldman Sachs to be considered empires? Why, or why not?

In his fantastic book, “Come Out, My People!” Wes Howard-Brook lists what he claims are the major elements of empire:*

1. Imperial boundaries – there is a distinction between imperial and non-imperial space.

2. Dissolution of equality – subordinates are considered to be “client states” or “satellites.” In other words international relations are not between equals, but between a “centre” and a “periphery.”

3. The existence of most empires has been due to a mix of chance and contingency – most empires do not arise due to “will to empire” (imperialism) or a grand strategy, but rather a series of circumstances that lead to increased power and control of people and/or territories.

4. The capacity for reform and regeneration – empires do not need to necessarily hold to the qualities of the original situation in which it was conceived. Often they become independent of the values/qualities of the founder(s).

5. Inability to remain neutral in relation to the powers in its sphere of influence – empires will retaliate if there is an attempt at independence or non-participation on the part of its subordinates.

Such elements should hopefully help us understand empire beyond a merely derogatory label. It could be said that, according to this analysis, an empire is: a territory ruled from a specified centre that holds power over varied peoples, land and resources by gaining and maintaining control by way of military, economic and/or ideological influence primarily over elites, who in turn hold sway over others who have no access to imperial power.

Such a definition is obviously in need of more thought than this post can provide, though it is precise enough that not all forms of power fit into it. Australian states, for example, are not empires since Australian state governments do not have control over varied peoples and land through military, economic or ideological means, and most people within their spheres of influence have at least some access to power at the very least through the mechanism of democratic voting.

Another example of a non-empire might be Disney. Though it cements a twisted ideology of entertainment, “beauty” and consumption, thus captivating imaginations (pause for a second and reflect on the etymology of that word, captivating), Disney does not to my knowledge control vast international territories, though it certainly supports the authority of empire by perpetuating certain ideological values.

The Roman Empire, on the other hand, was clearly named so because the authorities held imperial power – a large international territory ruled from a specified centre wielding power over varied peoples, land and resources largely through military, economic and ideological compulsion over elites, who in turn held power over lower classes.

Can such an understanding of empire be applied to any contemporary institutions?

Think of the U.S. utilising military and economic power in order to secure access to oil and other natural resources in the developing world, or crushing democratically elected leftist governments, or intervening militarily to ensure favourable trade outcomes.

Think of multinational resource companies forcing their way onto land, often through political lobbying power, in order to secure access to coal, oil, minerals etc. and thus robbing the local population of their national wealth.

Think of the IMF insisting on export-oriented growth in developing countries. This has led to a rise in cash crops resulting in a fall in food production while the best land is used to grow tobacco, cotton, flowers, tea and coffee for the developed world. The current situation in Somalia is just one example of the effects of such capitalistic “development.”

The list could go on of course, but pointing out empires is only part of the struggle—we must, as followers of Jesus and citizens of his kingdom (i.e. empire), imagine alternatives to the elements and characteristics of empire. 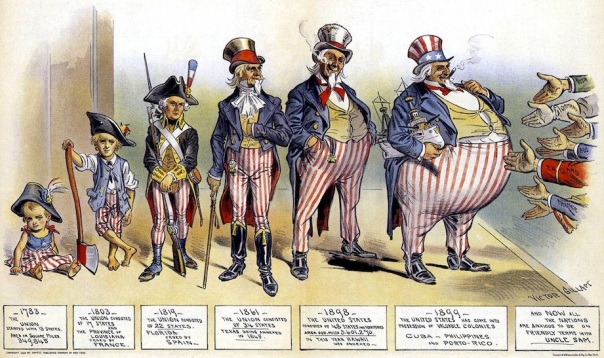 ← what is “justice”? a christian(‘s) perspective
for you will always have the poor with you… →